ANSI/ASHRAE/IES Standard 90.1-2016 contains 125 addenda published since the release of the 2013 version of the standard.

“It is the overall goal of each version to create a consensus standard that saves energy and is technically feasible and cost-effective,” Drake Erbe, chair of the Standard 90.1 committee, said. “In addition, as a result of a strategic initiative begun in the 2013 cycle, the 2016 version has a new format that we believe will be easier for users, a new way of incorporation of reference material from other standards starting with climate data, and a performance path for compliance that rewards designs for achieving energy-cost levels above the standard minimum.”

The formatting changes include a one-column format for easier reading; exceptions separated, indented, and set apart with a smaller font size; italicization of all defined terms; and an alternating coloring scheme for table rows.

The most significant technical changes include:

The mandatory provisions include the addition of envelope verification in support of reduced air infiltration and increased requirements for air leakage involving overhead coiling doors.
The prescriptive requirements include increased stringency requirements for metal building roofs and walls, fenestration, and opaque doors. Requirements for Climate Zone 0 have been added.

Added control for lighting based on occupancy in parking areas.

Chilled-water-plant metering: For the first time, the standard requires large electricity-driven chilled-water plants to be monitored for electric energy use and efficiency.

Dedicated-outdoor-air-system (DOAS) requirements: DOAS were introduced more than 25 years ago, but there were no rating or efficiency requirements. For the first time, this product class has both efficiency and rating requirements.

Elevator efficiency: Designs now are required to include both usage category and efficiency class.

Economizer diagnostics: The standard now includes requirements that air-cooled direct-expansion cooling units with economizers have a monitoring system to determine the air economizers are working properly.

Appendix G now can be used as a path for compliance with the standard. Previously, it was used only to rate beyond-code performance. Proposed building designs require a new metric—the Performance Cost Index (PCI)—and demonstration it is less than shown in Table 4.2.1.1 based on building type and climate zone. Another change is that the baseline design now is fixed at a certain level of performance, the stringency or baseline of which is expected not to change with subsequent versions of the standard. Thus, a building of any era can be rated using the same method.

Reference Standard Reproduction Annex 1: This annex is designed to contain extracts from other references published with Standard 90.1 for the convenience of users. At present, the only standard this pertains to is ANSI/ASHRAE Standard 169, Climatic Data for Building Design Standards. Section 5.1.4 now cites this standard as the source for climatic data; therefore, extractions of tables and figures from Standard 169-2013 are included in Annex 1.

The addition of two weather zones to all prescriptive-requirements tables to correspond with Standard 169. 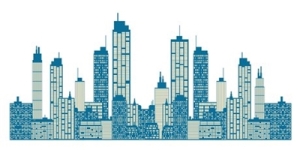