[category-post category_name =”how to reduce your energy costs”]

Approximately 70% of the energy used in the US is used by buildings. They have a significant impact on GHG emissions. Here are seven ways to reduce your carbon footprint and GHG emissions from building HVAC systems.

In partnership with the Government of Canada and the Province of BC, BC Hydro will provide new CleanBC industrial electrification rates that will offer a discount on BC Hydro’s standard industrial rates to help spur investment and job creation while reducing carbon emissions.

“We’re committed to working with industrial customers who are interested in using clean electricity to power their operations,” said Chris O’Riley, president & CEO, BC Hydro. “That’s why we’re offering a 20% discount from our standard industrial electricity rates for eligible new and existing customers looking to reduce their [GHG] emissions and their use of fossil fuels.”

Specifically, those discounts will apply to:

“We’re making it easier and more affordable for mines, clean technology companies and other sectors to use more of B.C.’s clean, reliable hydroelectricity instead of fossil fuels,” said Minister Bruce Ralston.

In addition, the province has directed $84.4 million from Ottawa’s Investing in Canada Infrastructure Program (ICIP) to create a new CleanBC Facilities Electrification Fund that will provide support to customers to reduce the costs of connecting to the electricity grid, or upgrading their connections to use more electricity.

By creating the new industrial rates and supporting the construction of transmission lines, transformers and other system upgrades, the province is encouraging existing and new BC Hydro customers to electrify their operations by connecting to the grid.
Read More

Energy Management System Projects Funding of Up to $80,000

Natural Resources Canada and the British Columbia Ministry of Energy and Mines have streamlined a way for industry to access both federal and provincial program funding for energy management system projects, such as compliance with the ISO 50001 Energy Management Systems standard, in facilities in British Columbia.

Implementing an energy management system, such as ISO 50001, enables companies of all sizes to adopt a systematic approach to achieve continual improvement of energy performance. Companies that have implemented energy management systems typically save up to 20 percent of energy within the first five years. This reduces energy costs and greenhouse gas emissions, and increases business competitiveness.

Up to 75 percent of total eligible project costs to a maximum of $80,000 are available through this collaborative arrangement. Eligible expenses include professional fees and internal employee salaries for work such as energy management system pre-audits, energy use assessments, energy baseline development, and energy performance monitoring and reporting. Funding is based on the implementation or enhancement of an energy management system, and may be combined with other energy efficiency funding sources (linked below).

For details, visit the following websites or contact us at info@energitix.com:

With the fall season upon us, we would like to share some tips for year-end building maintenance to help you save energy and money.

Over the last few years LED light bulbs have come a long way. They will eventually replace CFLs and incandescent bulbs.

The following comparison charts illustrate the value of the latest LED bulbs when compared with CFLs and incandescents for overall efficiency as well as cost-effectiveness. 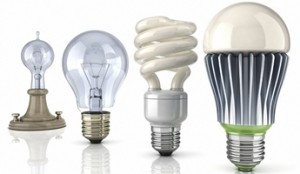 Optimizing energy use is essential in reducing energy consumption in existing buildings. Building systems, such as HVAC, lighting, and building controls present opportunities for optimizing how energy is used.

Research by Lawrence Berkeley National Laboratory (LBNL) has found that the cost of reducing demand for energy is often less than half of constructing a new plant to generate the same amount of electricity. Energy efficiency and sustainability have significant impact on the long-term operating, social, and environmental cost of a building. So, how can we reduce these costs for our buildings?

Green Building Rating Systems – Which one is for your building?

With so many green building rating systems, how do you decide which one is best for your building?

The sixth edition of Turner Construction Company’s Green Building Market Barometer series, indicates that commitment to Green construction remains high, with a greater focus on the benefits of improving the health, wellbeing, and productivity of occupants and the organization’s ability to recruit and retain employees. Green Building Rating System – Which one is for your building? 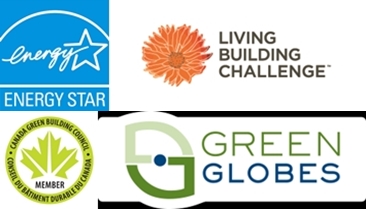 Questions about the reliability, affordability and sustainability of our energy future often boil down to questions about investment. But are investors ready to commit capital in a fast-changing energy world? This complimentary special report from IEA in the World Energy Outlook series takes up this question in a full and comprehensive update of the energy investment picture to 2035 – a first full update since the 2003 World Energy Investment Outlook. 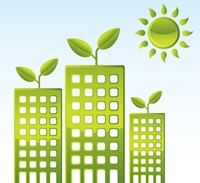 Ten Lighting and LED Trends to Watch in 2015

EL SEGUNDO, Calif. (January 14, 2015) – The recent restructuring by major global lighting companies will allow LED makers to raise capital for investments in 2015. According to “Top Lighting and LEDs Trends for 2015,” a new white paper issued by the IHS (NYSE: IHS), last year’s restructuring could lead to improved margins for leading companies, along with the potential for lower product prices for consumers. Ten Lighting and LED Trends to Watch in 2015

How To Reduce Your Energy Costs

Energy costs represents approximately 20% of a building’s operating costs. With increasing electricity prices and volatile natural gas prices, energy costs are becoming an increasing part of the costs of owning and running a building. As a result, managing a building’s energy has become an important issue for many building owners and property managers. How to Reduce Your Energy Costs

Pumps are often substantially larger than they need to be. As a result, pumps can have operating points completely different from their design points. The pump head is often less than expected, while the flow rate is greater. This can cause cavitation and waste energy as the flow rate typically must be regulated with bypass or throttle control. Trim or Replace Impellers on Oversized Pumps 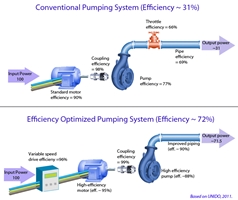 ISO 50001 is based on the management system model of continual improvement also used for other well-known standards such as ISO 9001 or ISO 14001. This makes it easier for organizations to integrate energy management into their overall efforts to improve quality and environmental management.  What is ISO 50001?

Energitix was founded by Bijan Pourkarimi in 2003. Bijan is a professional engineer with over 28 years of energy management experience.

We have successfully completed many projects for our clients. Our projects include DSM program development utilities and energy audits.

Contact us for a free no obligation assessment of how to save money and improve your bottom line by managing your energy use effectively.